What is stronger than Kevlar, more rare than a four leaf clover, and shines like an Olympic gold medal? A textile made entirely of spider silk. On display at the American Museum of Natural History, this incredible piece took four years and over one million spiders to create. Although the title of “largest textile made of spider silk” now belongs to an embroidered cape, this cloth measures 11’ by 4’, not something to laugh at! 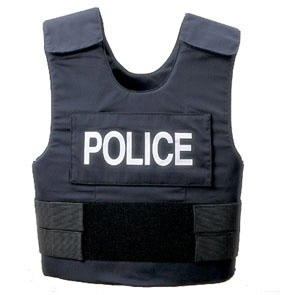 So, if this material is so strong, why don’t we use it for everything? Well, the reason the production took four years is because one spider can only produce a certain amount of silk at one time!

But…What if it could be created synthetically? It’s not out of the question; nylon was developed as a substitute for silk. All that needs to happen is for one person to have an idea.

That’s where Randy Lewis comes in. This professor transplanted a gene from the silk-producing spiders into several goats. A mutation of sorts is created, and the milk taken from the goats contains an extra protein. The protein is extracted from the milk through a several processes, one of which involves taking the fat out of the milk. Eventually, the protein is concentrated enough that it can be used to create spider silk. The liquid protein is then slowly injected into alcohol, causing the protein to solidify and form silk.

The big question now would be: “Is the process worth it?” Right now, one quart of milk creates a vial of the protein that can make a silk strand 2-3 meters long. Those aren’t fabulous stats, but Mr. Lewis hopes that as the goats keep reproducing, the protein content of the milk will jump from 2% to 10%. Who knows, perhaps in the future we will be able to afford textiles created from these special spider-goats.

For more on the spider silk, follow the link below.
https://www.youtube.com/watch?v=nYlkJyG1Oik&feature=player_detailpage

Watch the Video here: maison & objet
Entering an industry exhibit for Interior Design is nothing short of an “Alice in Wonderland” experience.  Never before seen innovations, striking new trends, and designers that have taken at least a few cues from the Mad-Hatter himself!  Go ahead, fall through the rabbit hole and experience the wondrous marvels that we have fallen in love with at the French exhibit Maison & Objet.
https://schlosserdesign.net/wp-content/uploads/2018/10/sdg-header-logo.png 0 0 Raji https://schlosserdesign.net/wp-content/uploads/2018/10/sdg-header-logo.png Raji2013-05-20 23:06:042020-02-10 14:13:30Chasing The Rabbit